EME boss Banky W has another talent apart from singing. The RnB singer on saturday 16th of june 2012 interviewed His Excellency Governor Babatunde Raji Fashola the governor of Lagos state.
The interview was for a documentary that is owned by the International Republican Institute (IRI) and the US Agency for International Development (USAID).
Banky W about the documentary said “The documentary is about promoting democracy in Nigeria through the youths of Nigeria and it included an interview with Governor Babatunde Raji Fashola, I had a nice time”.
EME’s track ‘change’ in the EME all stars “Empire Mates State of Mind” is going to be used as the documentary sound track.
The singer seems to have his hand full apart from managing EME,singing, and hosting interviews,he is also in SA(south Africa) for the shooting of MNet’s Jacob’s Cross.

We are not one to be drooling all over Eurovision contestants. In fact, we follow the annual show only because of its campiness and the fact that has geopolitical implications. But, this time around there’s one track that caught our ear and its not Loreen’s winning song “Euphoria.” It’s Ukraine’s contest Gaitana with her robust dance number “Be My Guest.” That track didn’t get winning numbers in votes but it won our hearts. It’s bold with deep vocals reminiscent of the early house offerings of Martha Wash. The lyrics are very pride-oriented, which is perfect for the season. It’s just a good and very uplifting dance track. We look forward to hearing more for Gaitana.

HiphopSouth | Watch Us Bring It On

Iyenemi Tyger (born 28th Of February 1984), who performs under the mononym Boogie Mann, formerly Damage is a Nigerian afro artist, born and raised in Port-Harcourt, Rivers State in the southern part of Nigeria .Boogie Mann was part of a record label called Tuck Tyght that was established by Henry Diette Speiff in the year 2000, The label facing the challenges of the Nigerian Music Industry at that time worked inevitably to produce a group album called NOW OFFICIAL, The album played a great role in enlightening all the artists in the label (which were at that time really  young about 15-17) to all the facets of the music business such as Production, Mixing and Mastering, Sound Engineering, packaging and distribution, this experience would change his life forever.

I love my rings as much as the next fashionista; maybe more. They could be Bvlgary, Louie V's, Van Cleef  and Arpel (I loooove Van Cleef & Arpels), or Mark Henry, you've got to love 'em. They shine and wink at you from your finger as they complement your outfit. No matter your taste or style preference, there… END_OF_DOCUMENT_TOKEN_TO_BE_REPLACED

You may call me a flower child and yet you may not be far from the truth. I love flowers and so its natural for me to love the floral print trend. All I would say is this; don’t go crazy with it. You’ll look like an over grown garden. A piece or two at a time is best. While an all over look is a little too much, this look is best paired with a solid tone piece. Yes… floral prints can be mixed but they should be in the same colour family or floral print family. Neon accessories would just perk up your outfit and complement the over all look. Please do check the mirror before you head out the door; you need to be comfortable with your look. This look must be properly fitted otherwise you’ll look like you either raided your granny’s closet or your outfit was made from the same cloth as gran gran’s furniture.

You may call me a flower child and yet you may not be far from the truth. I love flowers and so its natural for me to love the floral print trend. All I would say is this; don't go crazy with it. You'll look like an over grown garden. A piece or two at a time… END_OF_DOCUMENT_TOKEN_TO_BE_REPLACED

You may not think so, but if done right, spikes and studs give the wearer a classy punk rock look. When done wrong, the wearer would probably look like a troubled teenager. It's best to wear this trend a piece at a time. Never go for the all over look...you could put someones eyes out/look weird.… END_OF_DOCUMENT_TOKEN_TO_BE_REPLACED 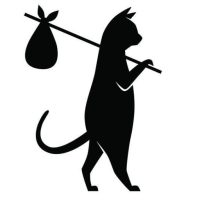 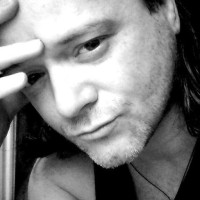 soul as papyrus inked by heart

A place for boosting up your mind by feeding motivational thoughts and enriching yourself with education.

Where in the World am I?

BY GRACE THROUGH FAITH

A Diary with Thoughts

The Casual Way to Discuss Movies

Cuteness for Days
Build a Dean

A Lifestyle/Fitness Blog with Added Inspiration and Motivation

Bringing you love through spirit!